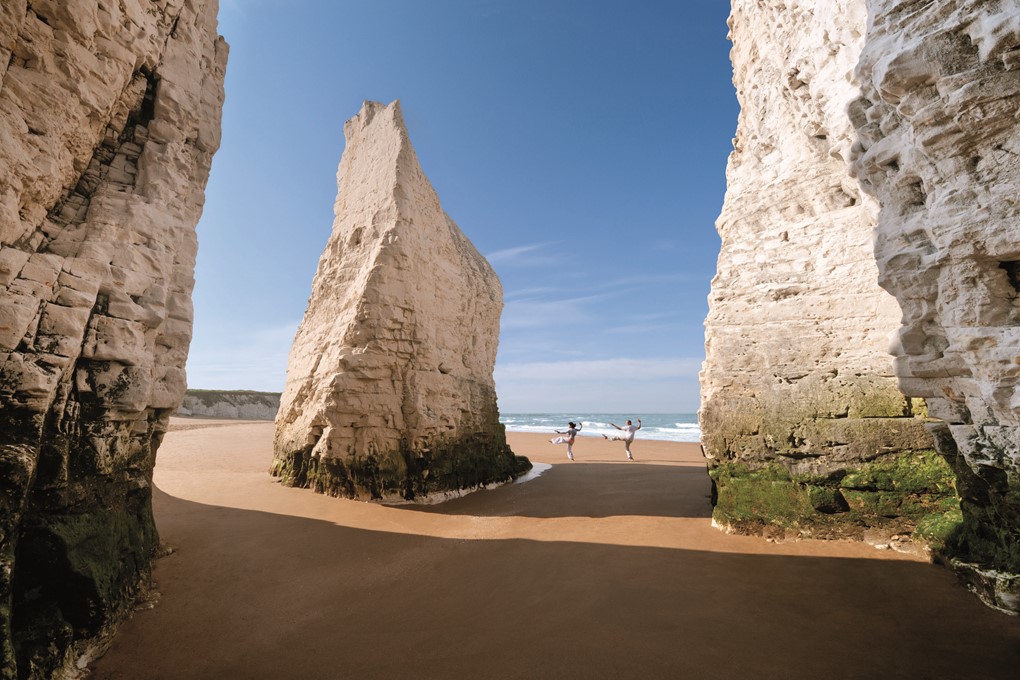 If you have spent the winter cowering indoors and sheltering from “beasts from the East” and other assorted miseries, it’s probably time to blow away the cobwebs and get some healthy outdoor activity.

Only 75 minutes – by high-speed rail services from central London’s St Pancras station – the Isle of Thanet, on Kent’s northeast coast may be just the place to head for an adventure weekend.

For Londoners, of course, that’s just a short hop, skip and a jump, but Thanet is still within easy striking distance from any of the Home Counties, or indeed, from just about anywhere else.

An apartment rental in Broadstairs may give you the ideal home away from home for the nights in between your daytime adventures – since the place is handily situated between Thanet’s other two main resorts, the nearby towns of Margate and Ramsgate.

The Viking Coastal Trail takes you along the whole of Thanet’s coastline from Margate in the north, around to Broadstairs, down to Ramsgate and then inland for rural rides through inland villages.

The trail is 32 miles from end to end and since it is approximately midway between Margate and Ramsgate, might provide the ideal stopping off point if you choose to cycle the trail in a single weekend.

Many people may prefer to take the Viking Coastal Trail at a more leisurely walking pace, and Broadstairs once again offers a happily-located central base from which to make as many forays as you wish.

The Isle of Thanet may no longer be cut off from mainland Kent as it once was, but it is still surrounded on three sides by the sea. If watersports are your idea of adrenaline-packed adventure, you’ve therefore come to the right place.

At the Joss Bay Surf School, Broadstairs has its very own award-winning surfing and stand-up paddleboarding school for people of all ages and abilities, including the disabled. The school opens in time for the Easter holidays and closes again at the end of October.

Broadstairs has not one, but two surf schools – the second being the aptly named Kent Surf School. This too opens at the beginning of April and runs through to the end of September.

Only a little further away, at Birchington, just to the west of Margate on Thanet’s north coast is Minnis Bay Windsurfing Club.

If you prefer going to sea and engaging in watersports without getting your feet wet, there are long-established sailing and yacht clubs at Broadstairs Sailing Club, Margate Yacht Club and the Royal Temple Yacht Club in Ramsgate.

Broadstairs also boasts Kent’s adrenaline-challenging Revolution Skatepark and Climbing Centre which runs sessions and courses for all ages and abilities – within a single activity centre, opened as recently as 2001.

Not everyone shares the same sense of adrenaline-packed adventure, of course.

For a more relaxing activity weekend, you might care to be a guest at the prestigious North Foreland Golf Club, which has been open for the past hundred years and more, and occupies an enviable position, with stunning sea views, on the cliff tops above Broadstairs.

Finally, if you are looking for a really action-packed weekend in Thanet, why not try out a survival trek challenge? This is one event to really get the adrenaline racing!

So, why not book that weekend away in Thanet as soon as you can? There is something for everyone.