Home » Top 5 Things to Do When Visiting Estonia 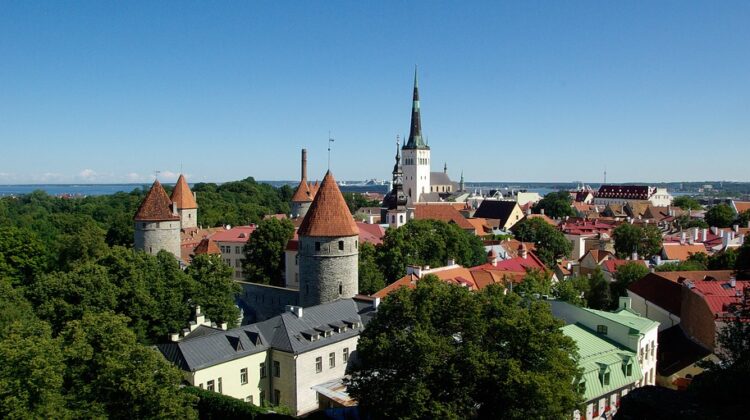 There is plenty to see and do in Estonia. There is so much, in fact, that you may have to move to Estonia permanently. Estonia offers a surprising mix of architectural splendor, cultural diversity, nightlife, and modern conveniences. In Estonia, there is plenty of things to do and see, eat and drink, and take part of. If you’d rather independently explore a country, and backpack, or hike, there are plenty of options to do that as well. Either way, you’ll have a lovely time. Check out these 5 that should be tops on your itinerary.

Kiiking was invented in Estonia in 1996 by Ado Kosk. Kiik means to swing, in Estonian, and, appropriately, Kiiking is swinging on a huge steel swing. The swing arms are made of steel, and enable a person to swing 360°. However, if you think Kiiking will be easy, you’re wrong. Kiiking requires a lot of stamina, and physical strength, because the longer the arms of the swing, the harder it is to swing.

Parnu Beach Promenade, an attractive, romantic beach, created with functionality, and playfulness in mind, is a great place to relax and unwind or take your family for a fun day of playing in fountains, or on the warm sandy shores of the beach. Parnu Beach Promenade is open 24 hours and is free of charge.

Located in Tallinn, Claustrophobia is a real life thrilling, exciting game in which you have to tackle tasks, find hiding spots, use objects and clues available, find keys, and open the door in order to win. Two to Four people are best suited for this game.

In the heart of Tallinn, there is an outdoor cinema on a rooftop terrace. Can you imagine anything better than watching an enticing film on a warm summer night on a rooftop terrace with a few friends, or maybe a special somebody? Films typically include timeless classics, prohibited films and docs, scandalous cinema, and cult and freak films to freshly released movies. However, if you want to stay in the hotel and stream Netflix, you will need a VPN for this), because this and many other popular websites are blocked in other countries.

The most outstanding palatial and urban park in Estonia, Kadriorg Park is a popular destination even for native Estonians. Flower beds surround a swan pond, and there is a promenade leading to the president’s palace. Museums are plentiful in the park as well, including KUMU, an art museum, Kadriorg Art Museum, and the Mikkeli Museum. There are also monuments to cultural figures. Kadriorg Park is open 24 hours a day and is free of charge.